Hi friends. How is everyone doing? We are holding up well and distracting ourselves with some home projects, cooking, and jigsaw puzzles.

Today is the real Draw A Bird Day, even though many artists draw or paint a bird on the 8th of every month just for fun. Spring is here in full force and robins are hopping all around our backyard, so I thought it appropriate to honor them.

I pray that you and your families are safe and well, and I’m sending positive thoughts and love as we continue to shelter in place. Hopefully by next month’s Draw A Bird Day, we will be enjoying some normalcy to our days. Be well!

We took photos of this round little bird, a European Robin, in Ireland recently.  Although they have similar colors with red chest feathers, I wondered why its body shape was so unlike an American Robin’s.  In actuality, it is because they are from different bird families, but this old European legend might explain why each is referred to as a robin. 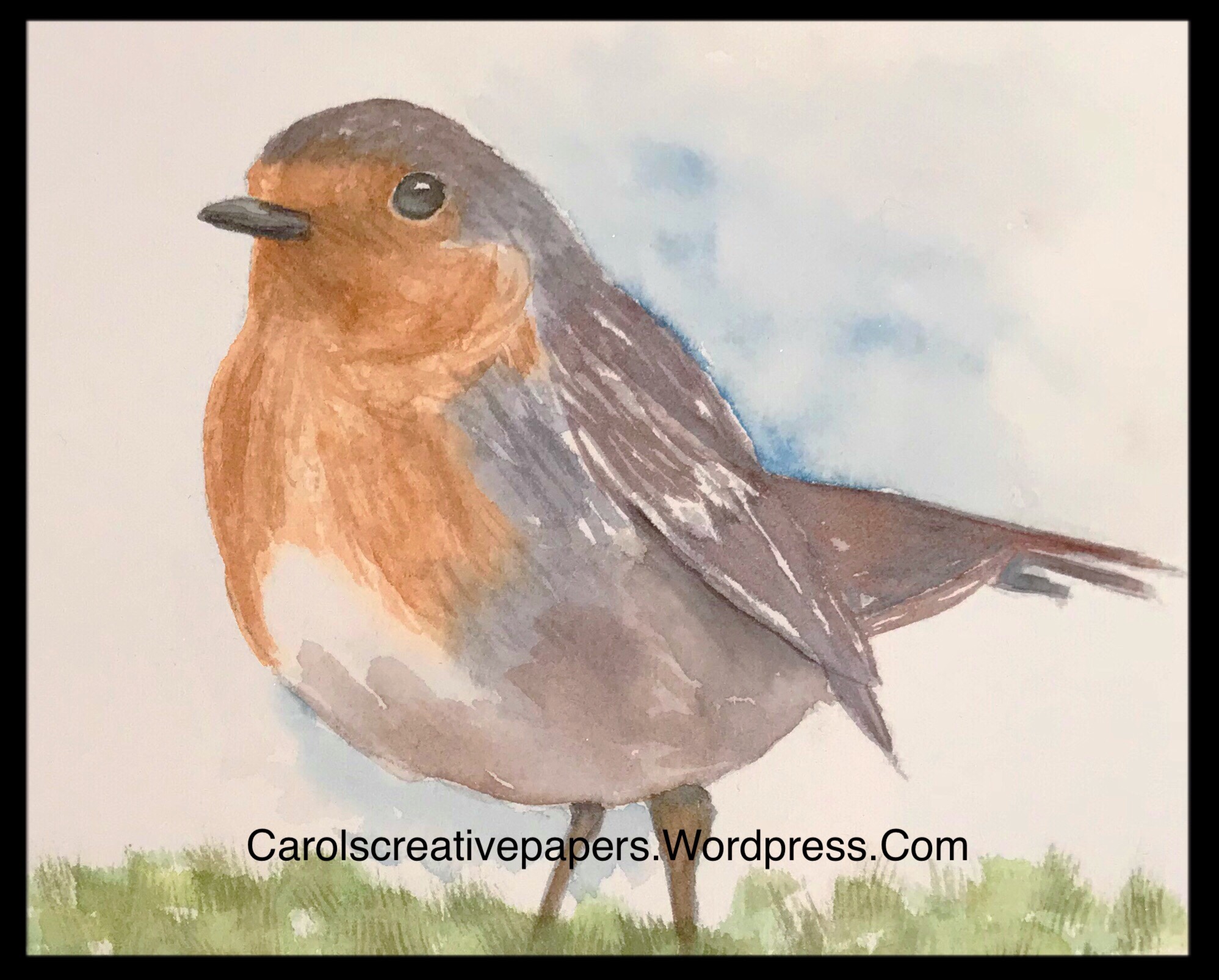 The legend states that on the night Jesus was born, a robin heard Mary’s plea to keep their dying fire from burning out.  This robin fanned the fire with its wings until the fire was warm and red. While continuing to fan the fire, the robin picked up twigs with its beak and threw them onto the fire to keep the flames glowing.  However, the flames singed the robin’s white breast, turning it red.

Isn’t that a charming story? It is thought that when Europeans began to emigrate to the United States, this legend was applied to our American Robin simply because of its coloring.

I know it is only January 7, but It is quite cold today. Maybe my watercolored robin will make it feel a little like spring. Daydream, imagine, and feel the warmth!